Big Battles in the Female Doublehanders 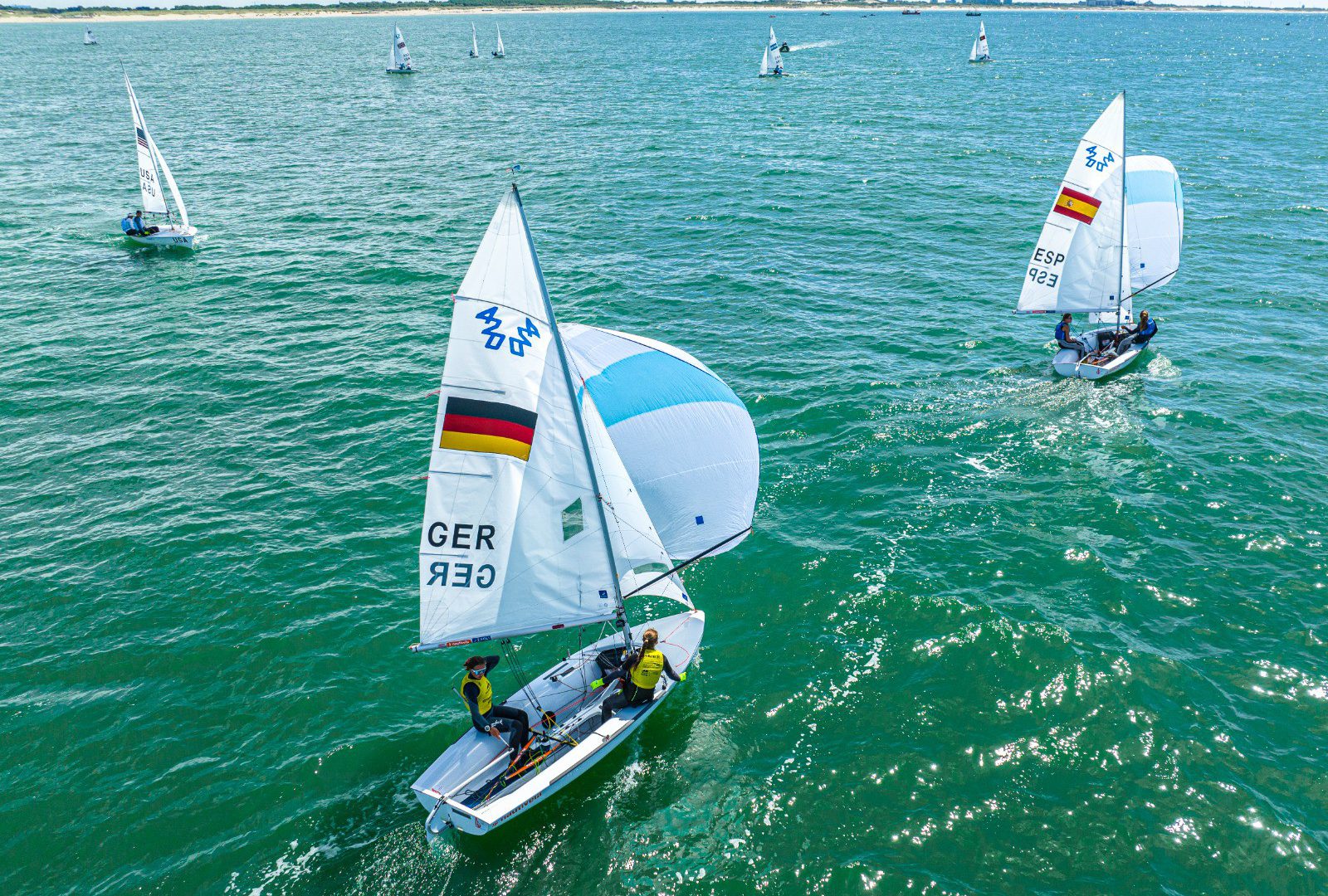 HIGHLIGHTS●     Light winds of 5 to 8 knots for most of the day●     Strong current again plays its part in the racing●     A U-Flag disqualification for Spain sees Germany retain the lead in Female 420●     Female 29er battle between France and Argentina●     Ireland and Bermuda are ILCA 6 leaders in Female and Male fleets respectively●     Pianosi overtakes arch rival Maeder in Male Formula KiteAmelie Wehrle and Amelie Rinn (GER) held on to the yellow bibs and the overall lead in the Female Two Person Dinghy 420 after a tricky second day on the water at the Allianz Youth World Sailing Championships in The Hague. With the breeze struggling to get above six knots until later in the afternoon, the strong current of Scheveningen played an even bigger role than usual.The Germans thought they might have slipped off the top spot and been displaced by the Spanish team, Maria Perello and Marta Cardona (ESP). However, as the Spaniards stepped ashore they discovered the dreaded news – a U-Flag disqualification for prematurely starting from the second of today’s two races. They had crossed the finish line in second place behind the Croatian crew. Added to their race win from earlier in the session, a 1, 2 would have launched Spain into the lead. With a 1, UFD, they sit two points behind the Germans. Plenty to play for yet. “We will be more careful, bring in more safety to the starts,” said Cardona, struggling to come to terms with the bad news.The two Amelies from Germany were all grins, pleased and proud to be able to keep hold of the coveted golden bibs. “It is a great honour to represent our country at this event, and to wear these bibs,” smiled Wehrle. “The conditions mean you really have to concentrate. The current has a huge effect at the start, driving the fleet over the line, and then big traffic at the leeward marks.” Aged just 15 and 16 respectively, Wehrle and Rinn can’t quite believe they’re leading at their first Youth Worlds. They’re young enough to go back for two more years.Sitting just a point behind the Spanish are the Japanese crew of Manami Deguchi and Akari Miyamoto (JPN) in third place overall. With 67 nations represented, this event is about as global as any championship in the sailing calendar.

After just two days and six races, the battle for gold in the Female Skiff fleet looks set to be a match race between France and Argentina. Lucie Gout and Fleur Babin (FRA) hold the yellow jerseys just a point in front of Amparo Stupenego and Julia Pantin (ARG). However it could be argued the Argentinians hold the better set of scores because they’re discarding a 3rd place compared with a 7th by the French.Even for the team from the notoriously tidal region of Brittany on the Atlantic coast of France, they’re surprised by the power of the current in The Hague. “We had to be really careful at the starts,” said Gout. “The current is pushing people over and creating UFDs (disqualifications). We’re doing the best we can, having fun, not getting stressed, not thinking too hard about the competition.” Babin added: “We’re really liking meeting all these great sailors from across the world, it’s a really good atmosphere.” 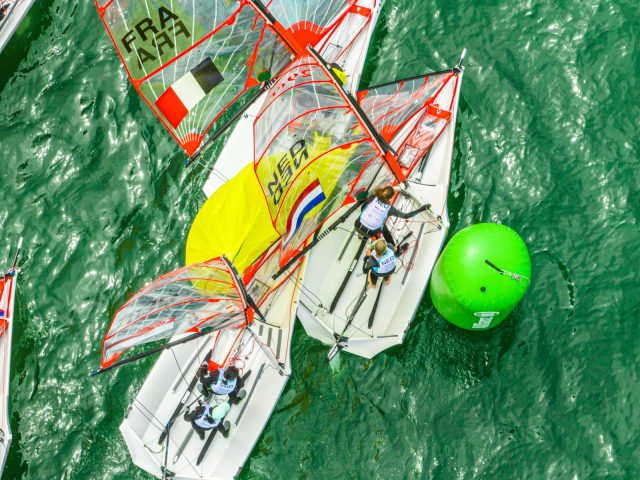 Female ILCA 6: Pluck of the Irish

It was a long day on the water for the ILCA 6 competitors, and only one race completed for the Male and Female fleets. The slowest boat in the Youth Worlds line-up, the ILCA 6 dinghy struggles the most with punching into an adverse current.

Eve McMahon (IRL) had gone to Oman seven months ago as one of the favourites for a medal in the Female ILCA 6 fleet. However the light winds of Oman didn’t agree with the Irish sailor. She has returned to the Youth Worlds with a different attitude and is looking very at home in the light airs seen in the first two days of the regatta. “It’s feeling pretty good so far,” said today’s race winner. “I was expecting more breeze than we’ve had but I’m happy to take any conditions that we get this week.” Australia’s Evie Saunders was second in the race and holds second overall just one point off the Irish lead.

After a disappointing opening day, Lorenzo Mayer (FRA) came good in today’s only race for the Male ILCA 6 fleet. The French sailor won the race by more than 50 metres, a huge margin in such a tight fleet of 61 international competitors. “I was more aggressive today at the starts and on the race course,” said Mayer. “I was angry with myself yesterday but that helped me to get in the right mindset for today.” Mayer sits in 11th overall while it’s the defending champion from Bermuda, Sebastian Kempe, who continues to wear the yellow bib despite only finishing 11th today.

Action in the other fleets

There are so many other great stories developing across the 11 events at the Youth Worlds. Riccardo Pianosi (ITA) has overtaken arch rival in the Male Formula Kite, defending champion Max Maeder (SGP). Three back-to-back wins for the brother/sister duo from Spain, Daniel and Nora Garcia de la Casa, who lead the Multihull Mixed Nacra 15 fleet. For these and other highlights from the competition, go to http://worldsailingywc.org