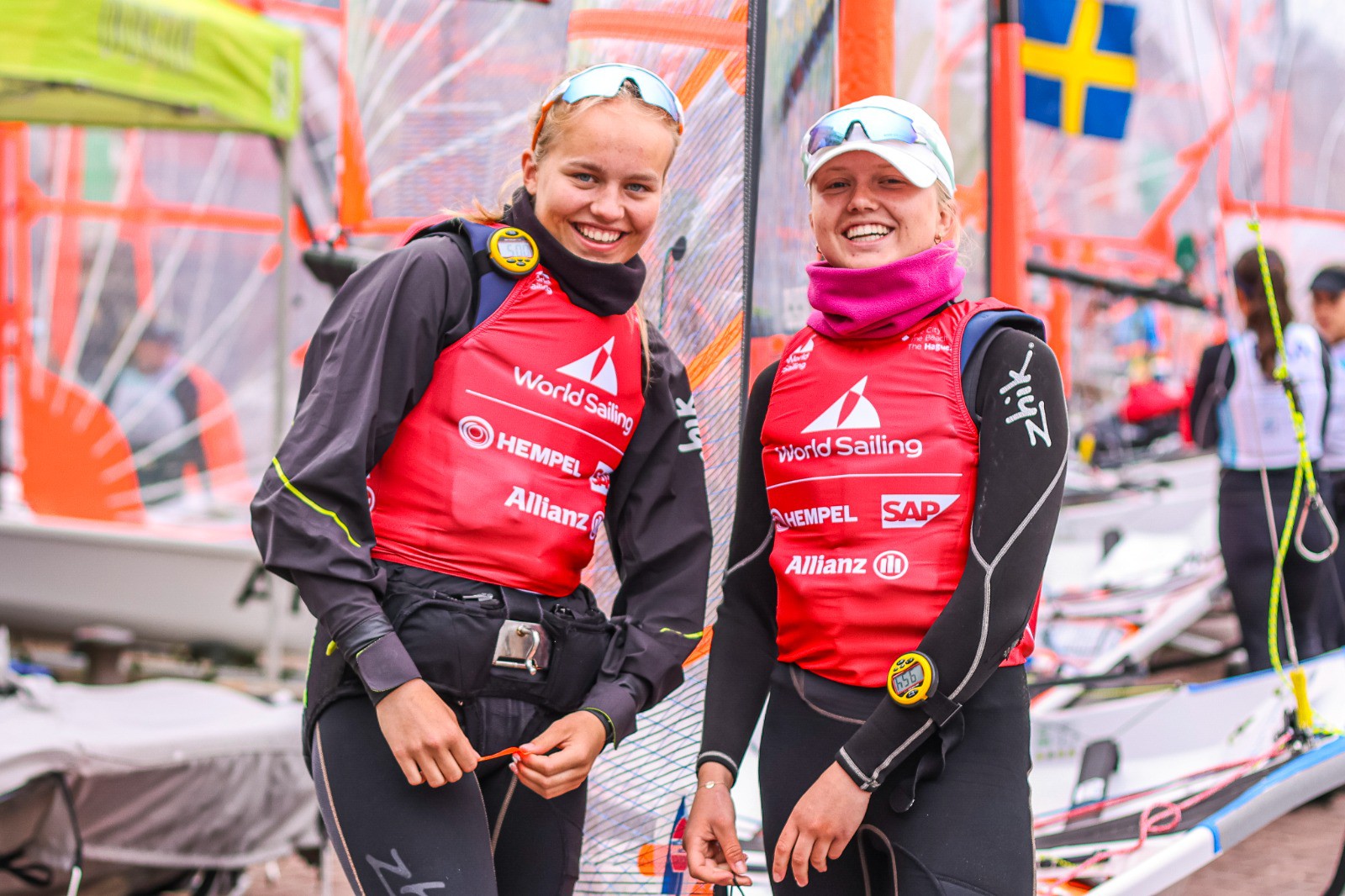 Red, blue and yellow bibs for the leaders today

After a full day of racing for all classes yesterday, from today the leaders in every class will wear coloured bibs on the water. Red is for the third place, blue for the second and yellow for the leaders. So if you see sailors wearing coloured bibs on our pretty pictures, it means they were top 3 at the start of the day!

Both ILCA6 classes were allowed to leave the harbor just before 10 am. Miguel Casellas and Marina Escudero from Puerto Rico. With even less wind expected than yesterday they are a bit hesitant to be really enthusiastic about the racing. In San Juan, the capital of Puerto Rico, where they usually train, they have no current and they never ever have light winds. 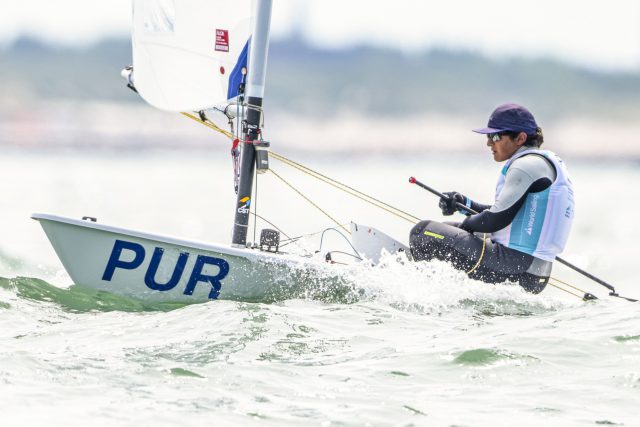 It’s a good way to practice in light wind conditions but they have to admit their chances to do well increase with more wind. Regarding the current they check the tide schedule together with their coaches to make a strategy. Migual: ‘Today the port side is supposed to be the better side, but we need to check this again once we’re on the water.’ 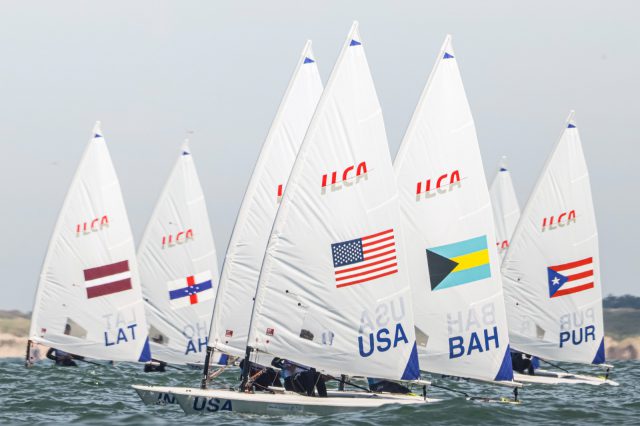 After being the first ones out on the water the waiting game started. By 2 pm still no race had been finished. But blue skies appeared on the horizon and not much later a light but more steady seabreeze kicked in. Just after two pm the girls started their first race and not long after that also the boys. 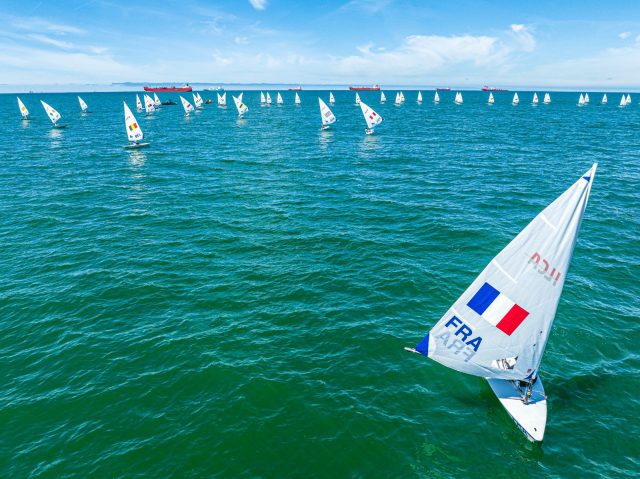 After both the ILCA6 classes managed to finish 1 race they were sent back in so the Nacra15 class had the chance to have some fun! 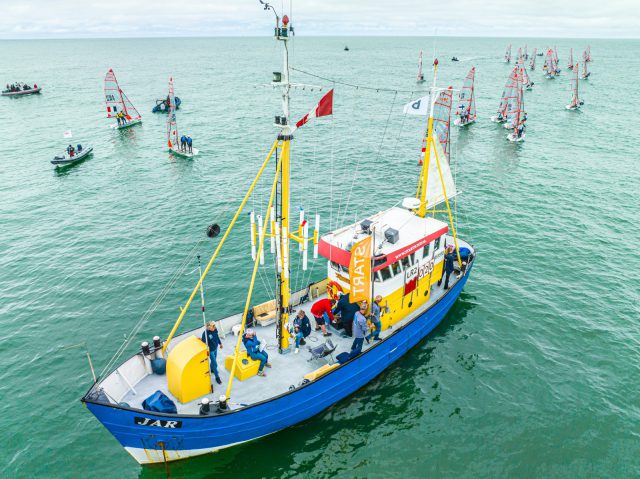 The Dutch 29er girls Vera ter Horst and Jorien Hin had a challenging start of the day. The entire fleet left the harbor around 10:30. But when Vera and Jorien almost reached their race course the little stopper ball at the end of the spi halyard split in two and the halyard got stuck in the mast. They needed to go back to get this fixed. It took them almost an hour to arrive at the starting vessel.

While the other teams had been in different starting procedures the girls happily joined the rest of the fleet for the last and definite start to the first race of the day. 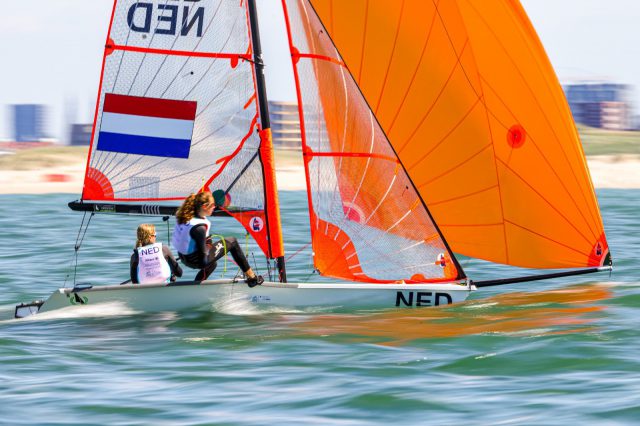 Like yesterday they sailed three races and are currently sitting in 12th. “It was a difficult day,” the girls shared with us. “There was hardly any wind and the current came from a difficult angle. It was challenging to not get over the line early.” 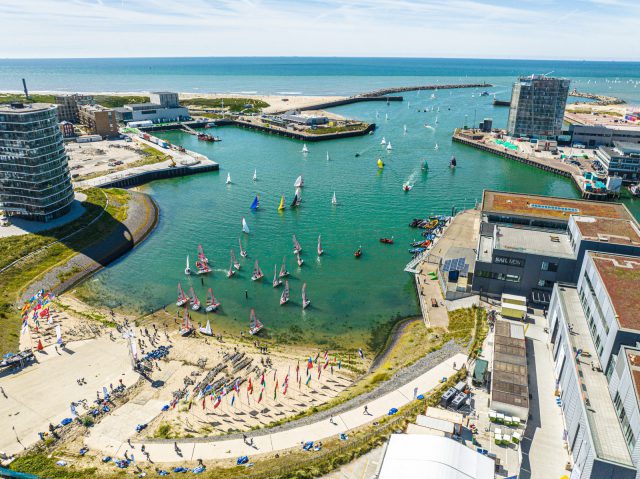 They were happy when they came off the water: “It’s a special feeling and a lot of fun to be sailing here against the best youth sailors in the world. We do get a lot of attention because this is home for us and it feels like everyone is watching us. Which is really cool but also makes it more challenging when you don’t have your best day…” Around 4 pm the teams handed their 29ers over to the boys so they got their chance to play! After 2 days both boys and girls finished 6 races.

A long day for the foiling freaks

As a result of the light wind the iQFOil classes had difficulties arriving at the race course. It almost took them 2 hours. The committee tried everything they could but even a little sea breeze it wasn’t enough for them to finish a race. The kiteboarders were relaxing on the beach till it was showtime. One they were on the water they had three nice races and were back at the beach just after 6 pm. Where a nice and warm dinner was waiting for them in the sailor’s lounge! 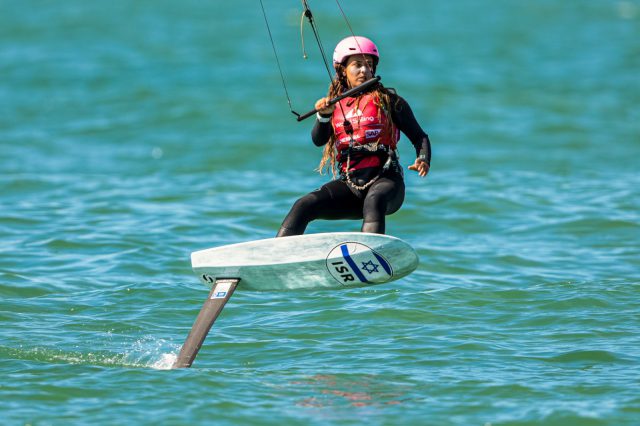 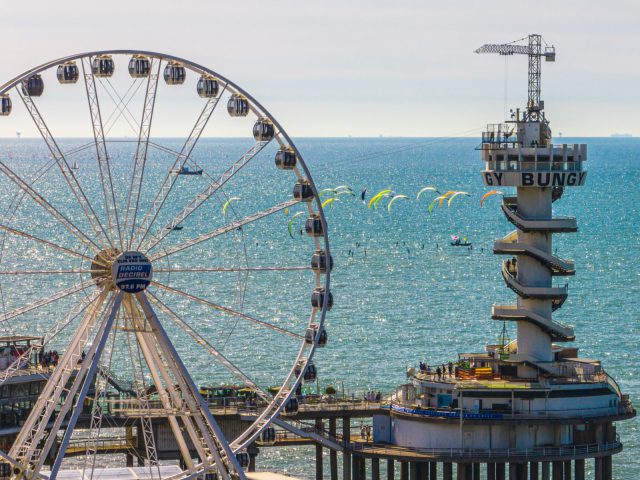