New generation of windsurfers take wing above the waves of Scheveningen 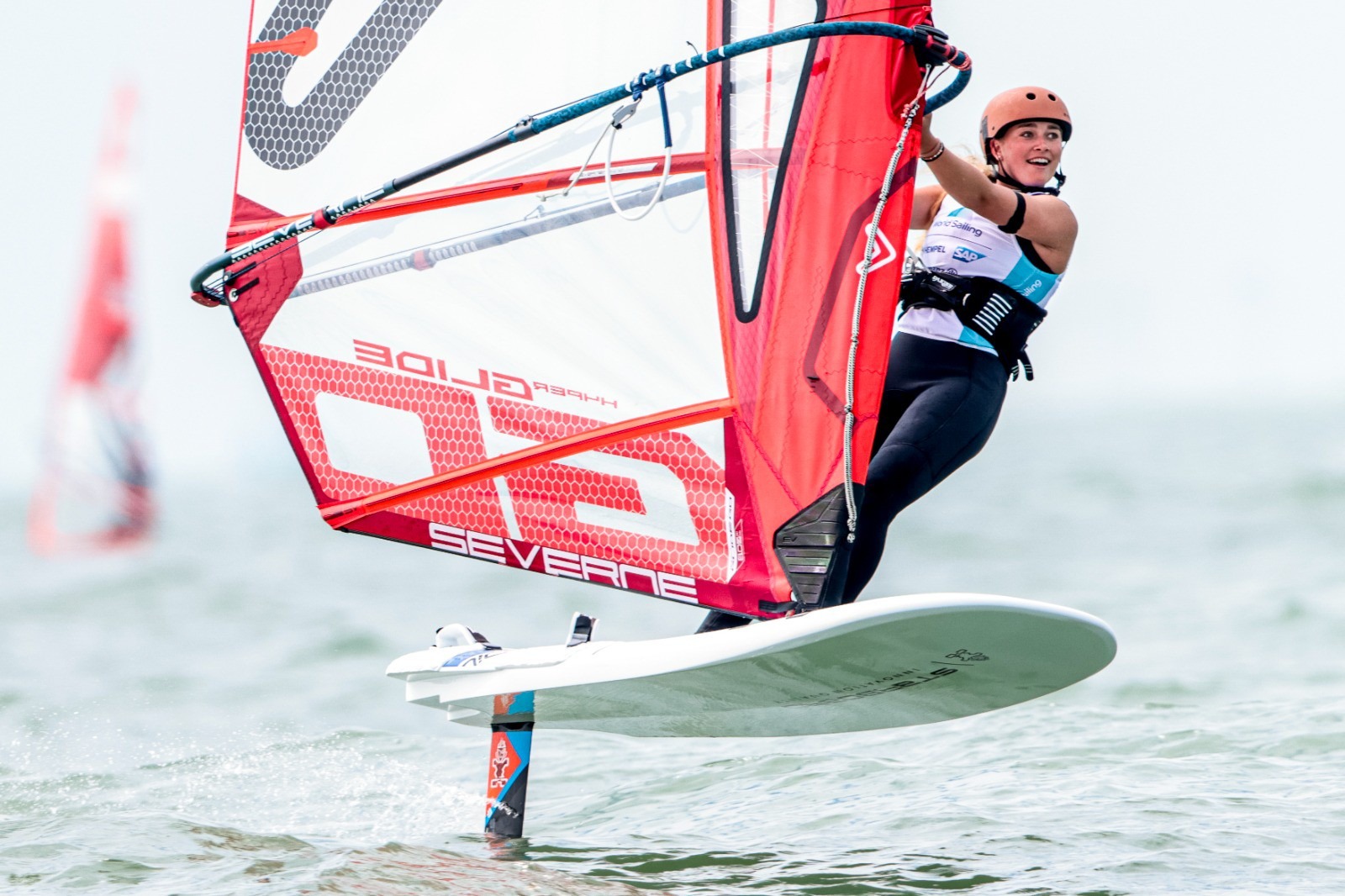 The Youth iQFOiL lit up the race course for the first time in the 51-year history of the Allianz Youth World Sailing Championships in The Hague today.Light breezes of eight to 11 knots meant a big cardiovascular test for the iQFOiL athletes as they competed in four back-to-back slalom races. While these heats only last seven minutes each, the sprints demand a high level of fitness.There were two dominant performances in the Female Windsurfer fleet, with Merve Vatan (TUR) and Tamar Steinberg (ISR) each recording a perfect score of four bullets in blue and yellow groups respectively.Rising to the occasion in the Male Windsurfer fleet were Hidde van der Meer (NED) and Charlie Dixon (GBR). Competing respectively in blue and yellow qualifying groups, the Dutch and British rivals ended up on identical scores with three race wins and one second place.Dixon couldn’t quite believe how his first day had gone. “This is my first ever international competition. It felt like an amazing moment to win that first race but at the same I had to remind myself that it is just one race,” said Dixon. “We have a long way to go.”The British sailor enjoyed the physical challenge of the slalom courses in the Scheveningen waves. “Slalom is almost like the 100m sprint of windsurfing. You’re pushing the kit to the absolute max and you’re really just going for it. It’s fast, it’s fun, it’s hard work. Doing about 27, 28 knots down the waves, using the waves to get along the reach as quick as you can. Now I need some food, I’m tired. Time to refill on some chocolate and waffles.”

Last year at the Youth Worlds in Oman, Roi Levy and Ariel Gal (ISR) were the highest placed mixed team when the Israelis took the bronze medal. Today the male-female combination were the stand-out performances in the 420 class, winning both heats in the challenging chop and tidal conditions.“We have a good connection together in the boat,” said Gal. “We were feeling fast, good speed, nice racing.” While some teams might have preferred more breeze, Levy was very happy with the conditions. “The wind was really good, the current was pretty strong, I really like working with the conditions we had today. It’s good competition out there and we love the Youth Worlds.”Panagiotis Sotiriou and Symeon Michalopoulos (GRE) were the next best crew with finishes of 5,4. “We started badly in both races but we were pleased we could recover,” said Michalopoulos. “There is a lot of current out there which we don’t experience in Greece, so we have to adapt quickly. It’s the one who’s able to adapt the fastest who I think will win this week. The laylines are changing a lot during the races and you have to watch out for that all the time.”

Maximo Videla and Tuneo Funes de Rioja (ARG) found the conditions in Scheveningen to be not so different to those they’ve experienced when training back in Argentina. The difficult chop of the River Plate off the coast of Buenos Aires is hard to manage in a skiff with low freeboard. But driving the boat through a washing machine of chaotic wave patterns is a familiar challenge for the Argentinian crew who notched up three straight wins in the Male Skiff – 29er today. Even though they don’t sail an Ovington-constructed boat back in Argentina, the team are very happy with the supplied equipment that’s provided to the competitors at the Youth Worlds. “It feels different to what we’re used to sailing,” said Videla, “but we’re going fast so we’re very happy with the boat and the equipment.”

Kiteboarding – FormulaKite: Duel of the medallists

The returning medallists from the 2021 Youth Worlds in Oman are making the early running in the Kiteboarding fleets. Tied at the top of the female leaderboard with two wins and two seconds apiece are the 2021 silver and bronze medallists, Julia Damasiewicz (POL) and Héloïse Pegourie (FRA). It’s a similar situation in the male fleet with the 2012 gold and silver medallists Max Maeder (SGP) and Riccardo Pianosi (ITA) tied on equal points counting two firsts and a second each. 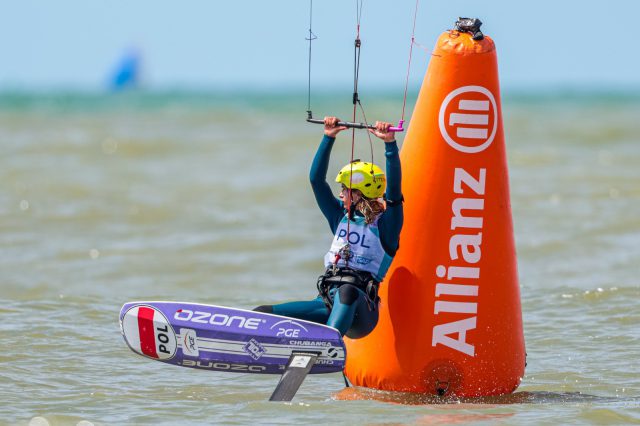 Success breeds success, which is why the stronger sailing nations tend to keep on doing well from generation to generation. So when Florencia Chiarella (PER) won gold at the 2021 Youth Worlds in the Female One Person Dinghy, it was a victory the whole sailing world could celebrate. Having come through World Sailing’s Emerging Nations Program, Chiarella’s victory is an inspiration to sailors from every country. She sent a word of encouragement to the class of 2022. “This message is to all those emerging nations sailors that consider sailing an essential part of their life as I do. Always remember to keep on trying, especially if you fall, again and again; keep focused and never lose hope. If you work hard and believe in your dreams, you never know where the fairy tale can take you. Good luck to all!”

Get up to date with the scores

A full schedule of racing was successfully completed on day one of the competition. To get up to date with the scores from all 11 events at the Youth Worlds, go to http://worldsailingywc.org/