Sailing World Championships in the Netherlands demanded 14 years of preparation 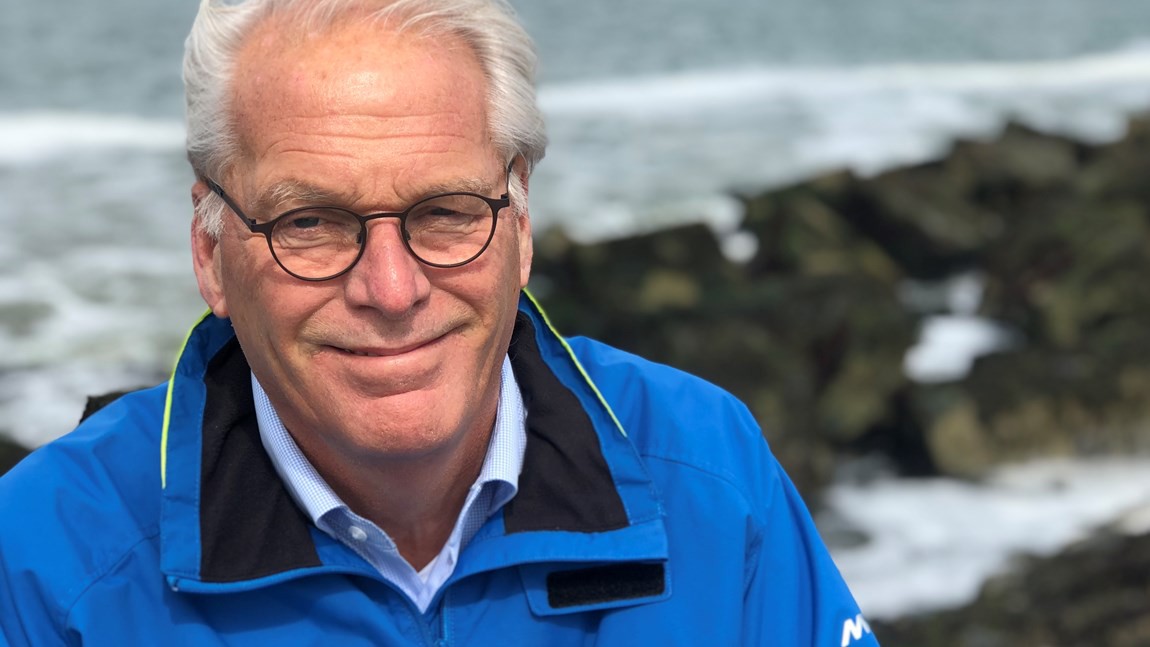 Next year it will finally happen, the Sailing World Championships in Scheveningen. The idea to bring this event to Scheveningen arose almost 14 years ago when the Watersportverbond (Dutch Water Sports Association) with Topzeilen (top sailing) moved from Medemblik to The Hague. The person who has been involved in this project all these years is Edwin Lodder. He takes us through the whole process and explains why it took almost 14 years before this large-scale sailing event could be organized at Scheveningen.

Edwin explains that the Water Sports Association already applied in 2010 to organize the World Cup in 2014. This was rejected by World Sailing due to a lack of experience with large top sailing events in Scheveningen.

“We still had to build a track record, we started working on that from that moment on. In 2010 we organized the 470 World Cup and in 2013 the World Cup for the Nacra 17 was scheduled. Because of this, these Olympic classes got to know Scheveningen and we learned how to organize at World Cup level. Since then we also hosted a stopover in 2015, the finish of the Volvo Ocean Race in The Hague and the Offshore Sailing World Cup in 2018.”

The initial rejection certainly was not a sign for the Water Sports Association to let go of the desire to bring the World Cup to the Netherlands. There is a somewhat deeper history behind this wish as it originated in 2008 in Medemblik.

“After the first bid was rejected, in 2014 another chance for the World Cup in 2018 followed. We were then in a neck to neck race with Aarhus, Denmark”

In 2010, the Water Sports Association commissioned Edwin, together with the Trefpunt agency and the municipality of The Hague, to submit a bid for the World Cup in 2014. A bid is a document in which all the plans for the organization are described, a rather large document in other words. Also called the bid book.

Edwin: “After the first bid was rejected, another opportunity followed in 2014 for the World Cup in 2018. We were in a neck to neck race with Aarhus, Denmark. Eventually they won the bid. The two proposals were similar, but Aarhus had a stronger financial guarantee.”

Four years later there was a new opportunity, but the Water Sports Association was unsure whether they should try again. “The World Cup had already taken place in Europe twice in a row by then so it would be logical if it was organized outside of Europe this time,” Edwin explains his doubt. “Nevertheless, in the end we decided to participate, even if it was only to put ourselves on the map and show that we would like to host the event. At the time, we actually put the bid out with the expectation that we would not get it. New Zealand was the competing party, but we still won the bid and got to start organizing this large-scale event.”

From bid book to the redeeming phone call

Now it seems as if little effort went into that last bid, but nothing could be further from the truth. Indeed, such a bid book is not a simple document to create. Edwin had to draw up three of these books before the World Cup was awarded to the Netherlands. He always elaborated on the previous bids and was present and/or involved in all World Cups in 2010, 2014, and 2018.

The whole process from bid to organization is an interesting one. Edwin takes us through this process in a nutshell. “It starts with an open invitation, whereby World Sailing issues a document containing the specifications that a World Cup must meet. Then countries can send in a letter of motivation, on the basis of which World Sailing decides which parties may submit a bid. So that’s a kind of pre-selection.”

“After our motivation letter was approved, we went to work on drawing up the bid team. In our case, the bid for 2022 in 2018 included the Watersportverbond as the sports association, TIG Sports as the sports marketing agency, and the Municipality of The Hague as the venue. All these parties provide input for the bid book. The Watersportverbond in the field of competitive sport, TIG Sports with their logistic experience and as financial bearer and the Municipality of The Hague as the location. All of that information is used to create a complete plan for the organization of the World Cup.”

Afterwards the bid book is submitted to World Sailing, based on this they invite the countries to further present the plans. In addition to the Netherlands, New Zealand was invited as well. “We were present with a five-man delegation from Water Sports Association, Tig Sports, and Municipality of The Hague. I remember that Rabin Baldewsingh, back then councilman of sports, gave a incredible speech in which he explained why the World Cup really had to come to The Hague this time.”

And then it starts

At that moment a lot of work had already been done, but the actual organization still has to get started. This is continuously based on the plans from the bid book, which are then converted into contracts. “We are in constant contact with World Sailing, every adjustment to the original plans we have to discuss. Since we made the bid book, some things have changed of course. For example, a lot of construction has taken place on the site in recent years, but also in the sport the technology is constantly being updated. Fortunately you have the space to adapt things, as long as it benefits the event. As long as you keep informing each other, a lot is possible.”

The postponement of a year due to Covid seems like an advantage as there is extra preparation time. However, it also comes with new challenges because of the ongoing changes in Scheveningen. Meanwhile, the event is getting closer, with the Youth Sailing World Cup next summer as an important test event, Edwin has confidence in the organization. Conversely, the organization also has a lot of confidence in Edwin.

Sailing Manager Ilse Janssen: “Edwin is really my left and right hand, my ears, eyes and brains. He is so important for the World Cup, he is always there and has a lot of knowledge and experience. It also helps so much that he knows the whole history, all the agreements and the origin of those agreements, because it is a big project. It is very special to experience his enthusiasm.

Icing on the cake

So it’s been quite a process: from an idea that arose in Medemblik in 2008 to finally holding the Sailing World Championship next year. Edwin: “I’m really looking forward to it, but we’re not there yet. The organization of the previous World Cup in Aarhus gave us a very good tip: ‘Remember, the World Cup is really big! They underestimated this for a long time, but the complete scale is enormous. And I’m not just talking about the number of sailors, coaches, and follow boats. Also the race committee, the amount of buoys you need and the length of the event. The opening of the venue till the closing covers a total of no less than three weeks!”